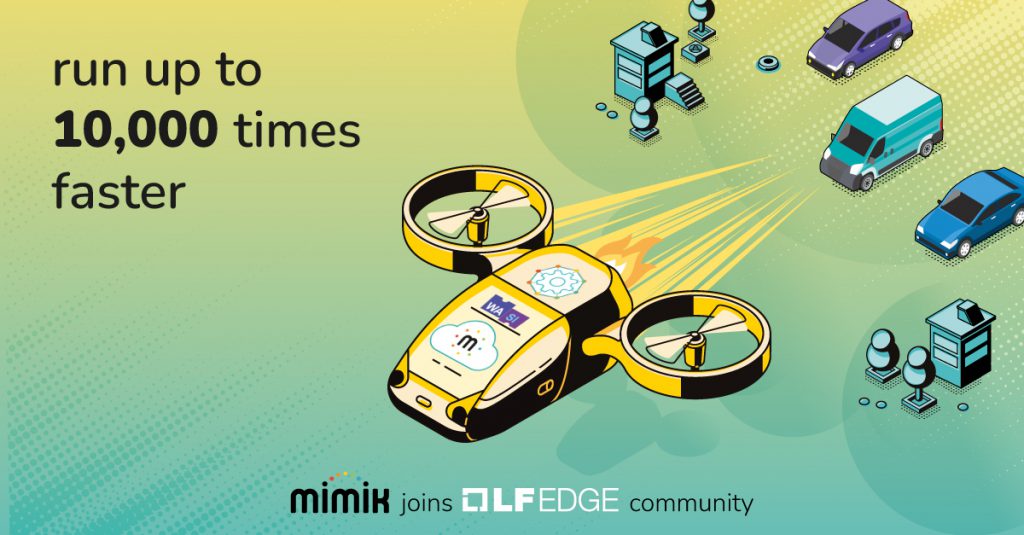 Oakland, CA, November 17, 2021 – mimik Technology today announced that it is among the latest class of edge computing innovators to join LF Edge. LF Edge is an umbrella organization within the Linux Foundation that establishes an open, interoperable framework for edge computing independent of hardware, silicon, cloud, or operating system.

“mimik looks forward to collaborating with LF Edge to ‘edgifi’ the world. LF Edge’s community-driven philosophy mirrors mimik’s own vision of today’s increasingly hyper-connected world, presenting opportunities to collectively contribute to innovation at the edge,” said Fay Arjomandi, Founder and CEO of mimik. “There is a much larger proposition for the entire community to thrive together, versus one company winning it all. We are excited to join the community and expand our ecosystem of partners and customers, ranging from large brands to startups. We have already started to contribute our learnings and technology while gaining insights from other community members.”

mimik has been working in close collaboration with IBM, contributor of the Open Horizon Project within LF Edge, for almost a year. mimik’s relationship with IBM is anchored in IBM Edge Application Manager, the commercially supported distribution of Open Horizon. In December 2020, mimik announced its collaboration with IBM, relaying the overarching goal behind the effort, which is to “extend IBM Edge Application Manager’s management of edge devices and support for edge clusters  by enabling the deployment of containerized workloads to mobile devices.”

Open Horizon is an open-source software project within the LF Edge umbrella group and serves as a cornerstone project within the organization. As a platform for managing the service software lifecycle of containerized workloads and machine learning assets, it supports autonomous application management to edge computing nodes and devices at massive scale.

“mimik provides a platform-neutral solution for serverless execution at the edge. Open Horizon provides a solution for application and machine learning deployment and lifecycle management. Together, Open Horizon and mimik provide automated management of serverless applications at scale,” said Joe Pearson, Technical Steering Committee chair, Open Horizon. “What makes mimik’s solution so special is that their micro-services are based on WASM+WASI, which creates language-agnostic, portable, secure, small, and fast serverless functions. Not only are they containerized and Docker-compatible, but they can run up to 10,000 times faster than micro-services based on interpreted languages like Python and NodeJS, at speeds approaching compiled C++.”

mimik has pioneered hybrid edge cloud computing to enable any computing device to act as a cloud server to help app developers unlock the next generation of apps for the hyper-connected world. The platform includes a run-time engine for developers to develop and host microservices on all kinds of end-user devices such as smartphones, smart IoT devices, and AI-based sensors. The engine is agnostic to OS, device, networks, and public/private cloud. It is non-proprietary and works with existing standard development tools and language. mimik also provides ready-to-deploy application domain SaaS (cloud and/or edge) for a wide range of industry verticals including fintech. The mimik platform enables an edge-in versus a cloud-out approach to build applications faster and drastically reduce infrastructure cost, minimize latency, improve security and data privacy, and enable direct app-to-app communication via the standard RESTful API first and serverless microservice-driven architecture.